Alfredo Genovese was born in Buenos Aires on november 24, 1964.

In 1984, he starts to study at National Fine Arts School, where he discovers, that the fileteado is missing in the school’s curricula. Outside the school he takes fileteado classes with León Untroib and gradually changes his signpainter job to became fileteador.

In 1988, he finishes school as painting professor, and then starts travelling for a few years. He lives two years in Italy working in artistic serigraphy and mural paintings. In 1993, he returns to Buenos Aires, where picks up his fileteado work and also take trompe l’oeil  works by request.

He sets up his own studio, Taller de Fileteado Porteño in his old neighborhood, working by commision. He also becomes acquainted with Ricardo Gómez, one of the last masters of fileteado horsecarts, to learn the trade.

In 1996, he travels through China, India, Nepal and Tibet, where he observes the different ornament painting styles.

After an exhaustive work in traditional fileteado painting, Genovese moves his work to the human body, with different materials but the same technique, and in 1999 and 2000 he develops an ad campaign for Muchmusic Network, painting the fileteado on renowned argentinian musicians and models. He has also created fileteado designs for advertising to recognized brands as Nike, Evian, Havanna, Coca Cola, Aiwa, Mercedes Benz, Red Bull, Tupperware, The Temple Bar, Golden Goose and has designed magazine and CD covers for artists in Denmark, Spain, Australia, Italy, Switzerland and USA. With tattoo artist Claudio Momenti from Lucky Seven Studio in Buenos Aires, he introduces the fileteado in the tattoo world. 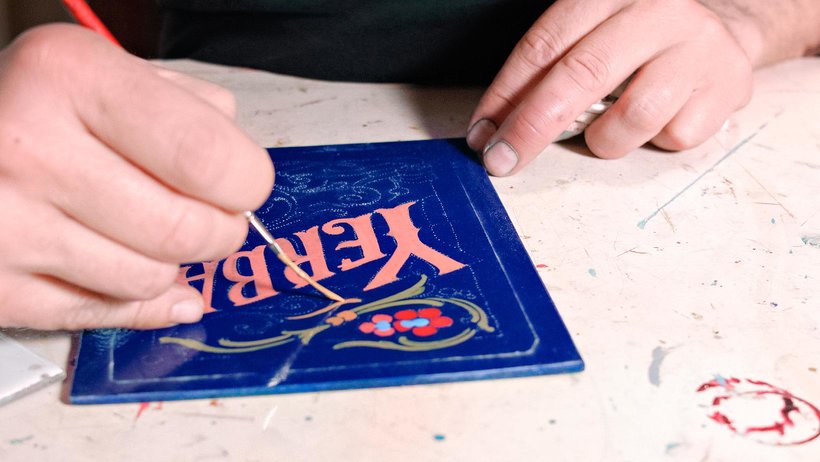 On june 28th of 2012, the City of Buenos Aires names him an Outstanding Presence in Culture.